If you’ve ever lived in a home that didn’t have a garbage disposal in the kitchen, you understand the many benefits of owning one. But every now and then, the machine that makes your life so much easier turns into a smelly garbage disposal. What do you do when the garbage disposal smells like rotten eggs? If you’re wondering, how can I get rid of the smell in my garbage disposal, listen up: we’ve got all the answers.

4 Reasons to Have a Garbage Disposal

1. It reduces your ineffective exercise time

We know that exercise is an important part of life, but do you really want to spend a lot of time walking to and from your outdoor garbage can? When you have a garbage disposal, it chews up much of your waste, reducing the need to fill up your garbage can. That leaves more time to go for a run, work out at the gym, or practice other more reliable ways to get in shape.

2. It helps the planet

When your garbage disposal chews up a lot of your waste, you won’t have to use as many trash bags to haul off the excess. And we all know that the fewer plastic bags you use, the better it is for the environment. Other environmental benefits of using a garbage disposal are fewer greenhouse gases emitted from garbage trucks and less methane produced at your local landfill.

3. Spend less time with the plumber

When you don’t use a garbage disposal, unwanted items may fall into the pipes and clog your drains. It could even result in broken pipes. And that means more calls to the plumber to help repair the mess.

Because garbage disposals chew up food waste with a motor, that leaves less chance of the food becoming rotten and smelling up the place. But if you’re reading this article, chances are that you have a smelly garbage disposal.

So, let’s figure out how to fix that, shall we?

What Causes a Smelly Garbage Disposal?

Before we learn how to get rid of the icky smells coming from your garbage disposal, it’s important to take a look at what causes smelly garbage disposals. Here are the three main culprits.

When you put food waste into your garbage disposal and turn it on, you expect that every last remnant of the waste and grease will be washed down the sink and carried out of your house. But that’s not always the case. Sometimes, food particles get stuck or are left behind in the pipes, and when it begins to rot, your garbage disposal may begin to smell.

2. It’s only pretty on the outside

Do you know that rubber flange around the garbage disposal hole in your sink? The one you meticulously wash every time you clean your sink? Unless you’ve also cleaned the underside of the flange, its likely developed mold and bacteria on it, and these microbes can quickly cause your garbage disposal area to stink.

All sink plumbing should contain a trap that holds water which prevents sewer gasses from rising up out of the drain and causing a stink. If your sink doesn’t have a trap, it may be the cause of your smelly garbage disposal. Even if it does have a trap, it may not be working properly. The sink plumbing could have a vent that leaks, a blockage in the drain vent, or the trap may have dried up. When any of these issues occur, the sewer gasses (and their accompanying smell) will enter your kitchen and cause those garbage disposal smells.

How Can I Get Rid of the Garbage Disposal Smells?

Now that you know why your garbage disposal smells like rotten eggs, it’s time to take some actions to make that dreadful stench go away. We’ll start with three ways you can prevent your garbage disposal from developing a smell, and then move on to some things you can do to cause your kitchen to smell like your latest meal instead of the sewer.

Recommended Read: What to Do About a Leaking Garbage Disposal

The best-case scenario is to prevent your garbage disposal from ever developing a bad odor. There are a few things preventative measures you recan take that will prevent it from getting smelly.

1. Keep your expectations in check

While a garbage disposal is a powerful machine that easily grinds away food waste, it does have some limitations. For instance, you should not put grease or inorganic waste down your disposal. And even some organic waste has the potential to wrap itself around the blades or accumulate in the drainpipe. For instance, starchy waste like carrot and potato peels, celery stalks, coffee grounds, corn husks, and eggshells can all attract particles, and once combined, they can make your garbage disposal smelly.

Finally, every time you run the dishwasher, take the extra step of turning on the hot water and letting it run in your disposal for one minute. This will not only help your dishwasher operate more efficiently, but it will also help push any loose particles through the pipes so they don’t stay in the disposal and start to smell.

How to Get Rid of Garbage Disposal Smells in Your Kitchen

If your garbage disposal already has a bad odor, it’s time to take some additional steps. Here are six things you can do to eliminate that smell right away!

1. Take a trip to your roof

If you have smells coming from your sink, and at the same time, your toilets and drains are sluggish, the problem might be a blocked drain vent. Your drain vents likely all come together on your roof, and if it’s blocked, it could be the source of your problem. If you’re able, climb on your roof and check to see that no leaves or debris are clogging the vent. If you can’t do it yourself, hire a professional to do it for you.

2. Do the dirty work

Just because you clean the visible areas of your sink, that doesn’t mean tiny particles haven’t hidden away in the harder-to-reach (and see) areas. One way to eliminate the odor from your garbage disposal is to clean every area where these particles could be hiding. Be sure to clean under the flange and around the joint where your disposal rim meets the sink basin.

When giving your garbage disposal a good cleaning, don’t forget to clean the housing. You can’t scrub it with a brush, but you can use the power of water and a good disinfectant to get the job done. To clean the housing, start by stopping up the sink drain and filling the sink halfway full of water. Then, throw in a dash of vinegar or dish soap. Now, activate the garbage disposal and unplug the sink drain. This will push the water and disinfectant through the housing and help dislodge any stinky particles.

Start by filling a large cup with ice cubes and a half cup with kosher salt. Then, pour them both into the garbage disposal and switch it on. The combination of ice and salt should clear out any residue unreachable by other means and leave you with a clean, fresh-smelling kitchen.

Sometimes, the problem is larger than you might think. For instance, a spoon, fork, or knife may have fallen down the drain and could be blocking food particles and causing the smell. Or your 5-year-old could have dropped the top of a yogurt box into the drain without your seeing it happen. If you’ve tried the other methods and your garbage disposal still smells under the sink, it’s time to investigate further.

Start by turning off the fuse that brings power to your garbage disposal. After all, you’re going to put your hands near the drain, and you don’t want anyone turning on the disposal. Next, remember that the blades in the disposal are sharp enough to cut up a citrus peel and other difficult waste, so be careful with your hands. Shine a light into the disposal and use a pair of pliers to pull out anything you see. If you find an object and remove it, use one of the cleaning steps listed above to see if that solves your problem. If it doesn’t, move on to the “drastic measures” section below. 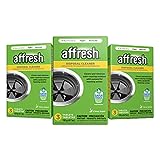 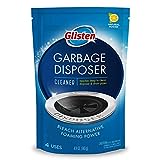 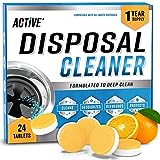 Take It to the Next Level

Everyone who has ever encountered a tough stain or needed to clean something very dirty understands the power of combining vinegar and baking soda, and it’s no different when trying to eliminate foul odors in your garbage disposal. Start by filling your garbage disposal drain with baking soda. Fill it up as much as you can—don’t worry it won’t hurt it. Next, pour a half cup of vinegar on top of the baking soda. The combination will fizz. Allow the mixture to sit in your drain for an hour. The combination of deodorizers and bacteria-killing strength will go to work in your disposal. But remember, because this combination is so powerful (and acidic), you should only use this method occasionally because the vinegar can damage the rubber parts of your disposal.

After an hour, turn on your disposal and run cold water for a full minute. Hopefully, the garbage disposal smells will be gone. If not, there is one more step you can take before having to call in a professional.

2. When all else fails

If you’ve tried everything else, and your garbage disposal still smells like rotten eggs, you have one more play before calling in the pros: doing a deep cleaning. But we have to warn you: this job is not for the faint at heart. You will get dirty and be up close and personal with the smells, but if you succeed, your garbage disposal will smell as fresh as daisies.

Here’s how to do it.

This method will remove any food particles and sludge that have hardened to your pipes. When this happens, the food continues to rot and produces that awful smell. Start by purchasing a rubber test cap to fit your disposal drain. Next, run hot water through the pipes for one minute. Then, using a wrench, disconnect the pipe that is attached to your garbage disposal (it is located after the trap that holds the water). After it’s disconnected, attach the rubber test cap to the open end of the pipe. This will stop any water from leaking out into your sink cabinet.

Now that you’ve set things up, place an empty bucket underneath the pipe and rubber test cap as a precaution against leaking water. Now, run warm water into the garbage disposal until it reaches the top of the drain. You won’t need to fill the entire sink because you are only cleaning the disposal area. Add half a cup of powdered oxygen bleach to the drain and let it sit for an hour.

After an hour, remove the rubber test cap from the pipe and let all the water drain into the bucket. It may not smell very pleasant! Reconnect your pipe and run hot water through the drain.

It’s difficult to enjoy cooking when a disgusting odor is coming from your garbage disposal, isn’t it? But once you’ve taken the steps above and gotten rid of the garbage disposal smells, you can begin to enjoy your kitchen once again.

Did any of these steps work for you? If so, leave us a comment and tell us about the experience. Who knows? It may help someone else get rid of the bad odors coming from their garbage disposal. 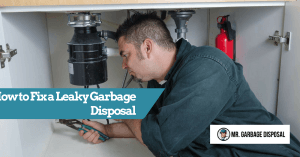 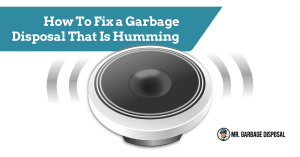 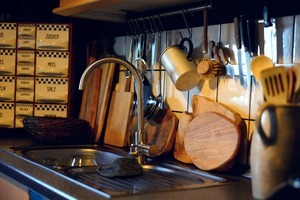 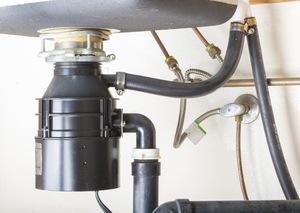